In 1908, a group of enterprising farmers in Bongards, Minnesota formed the Bongards cooperative. Their goal was to craft the premium dairy products that the market demanded, and to offer the superior quality that area families deserved.

Since then, we’ve built our heritage on always doing things the right way — the customer’s way. 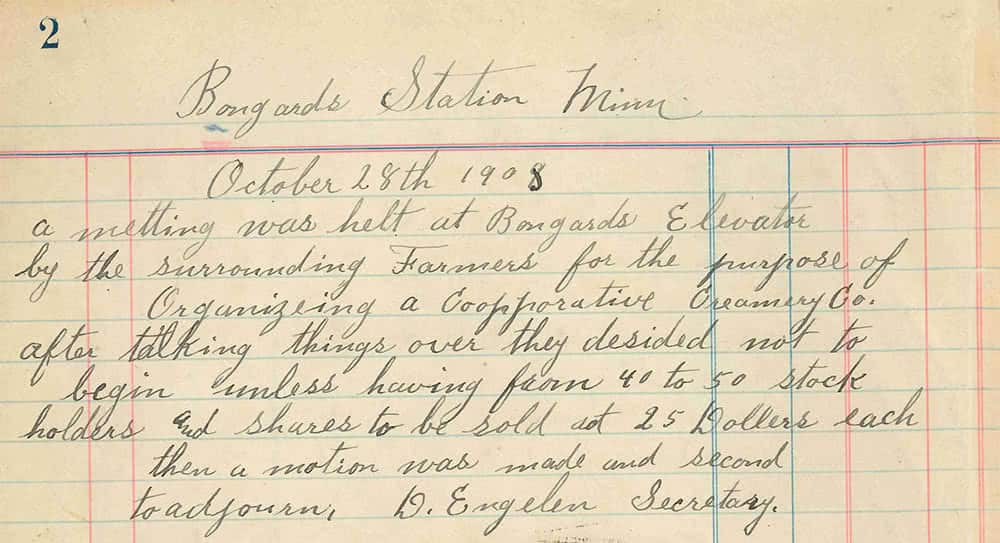 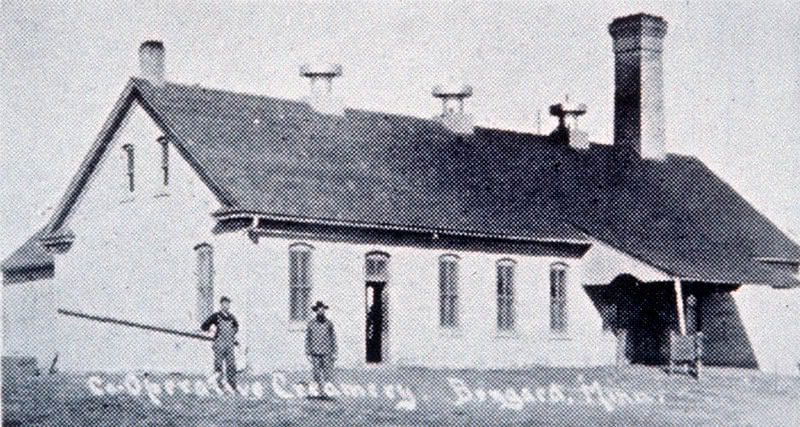 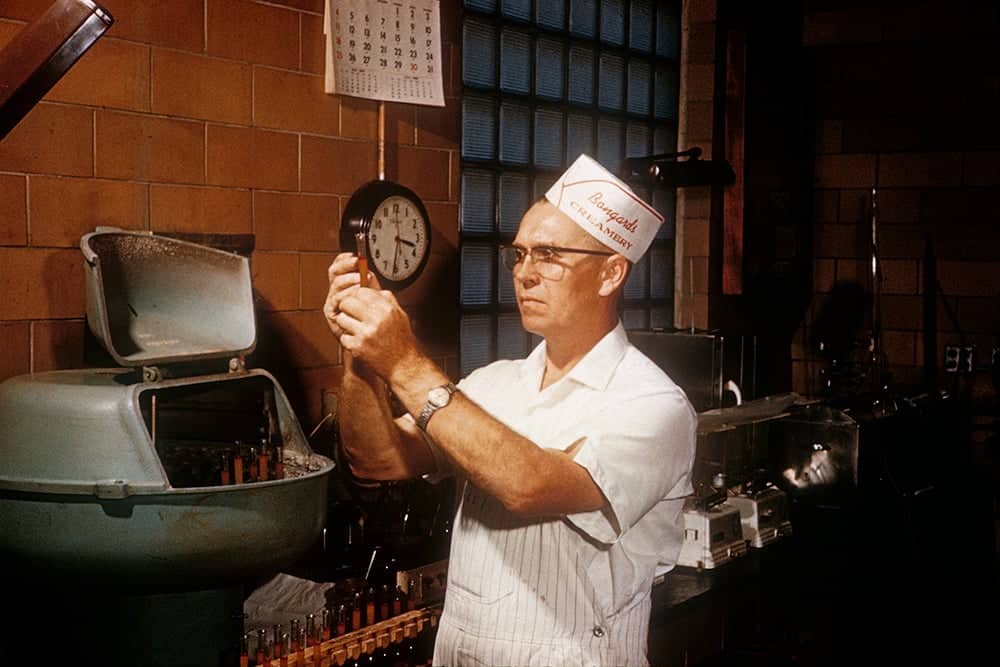 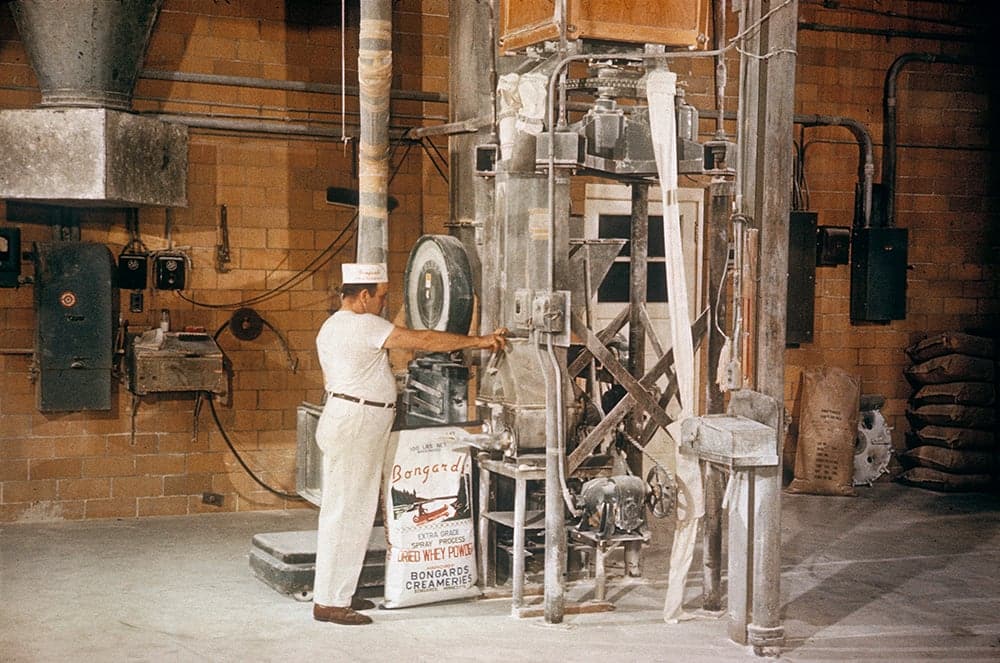 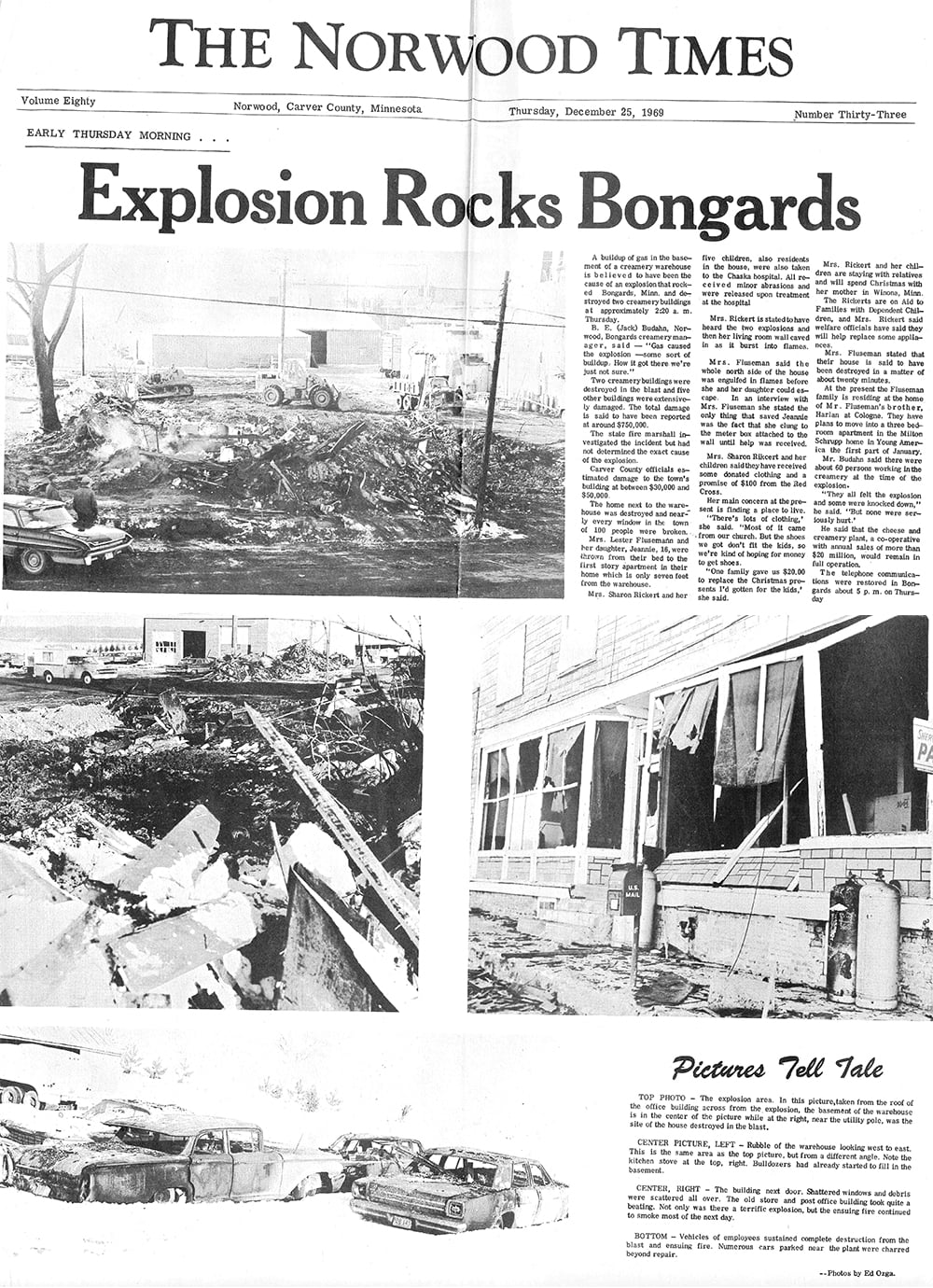 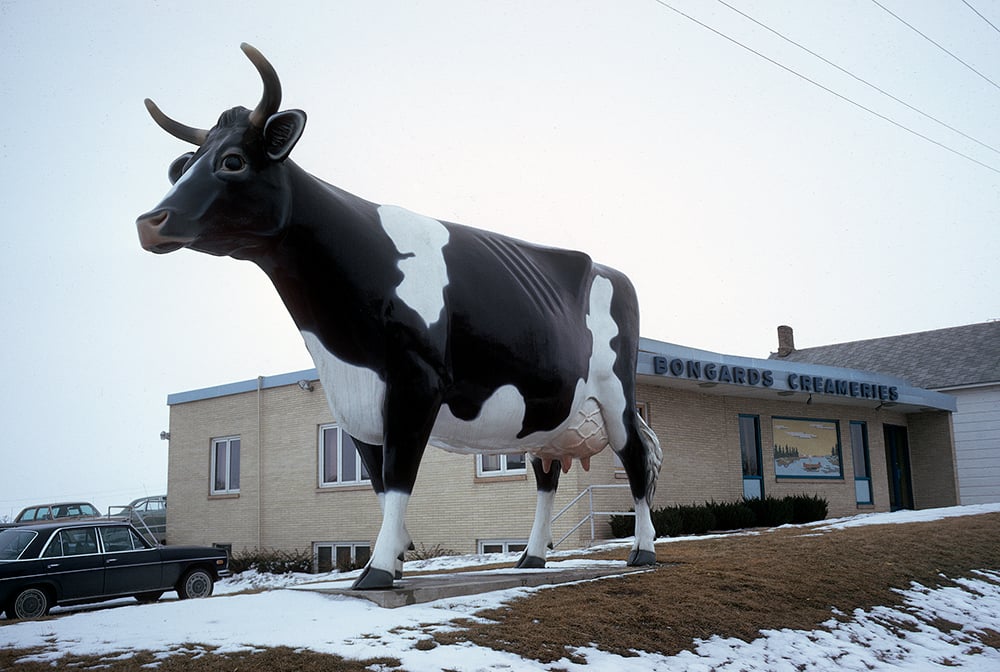 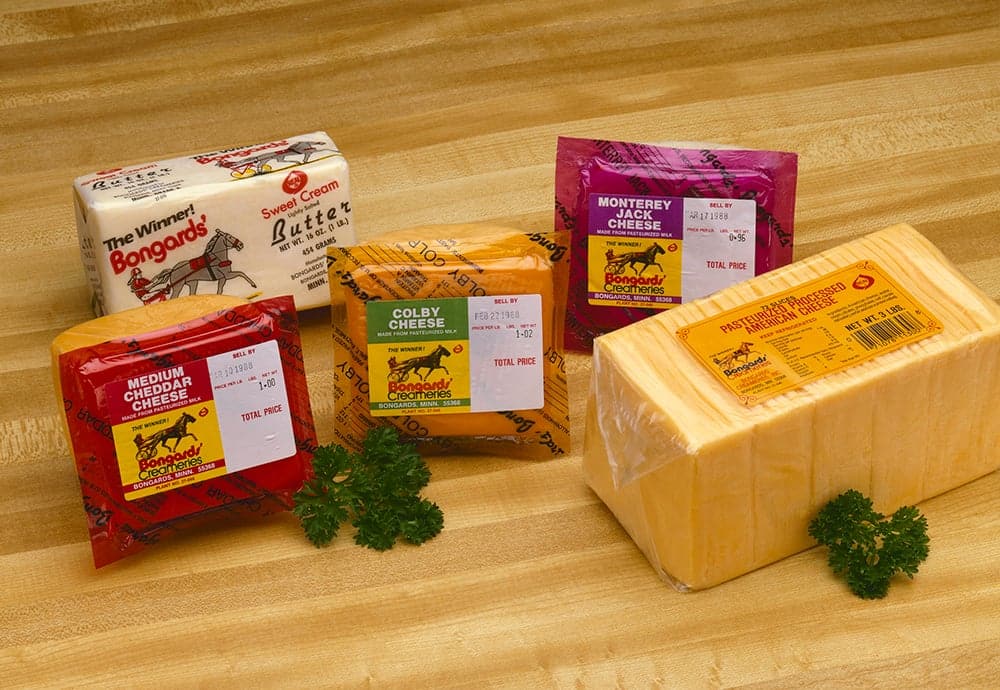 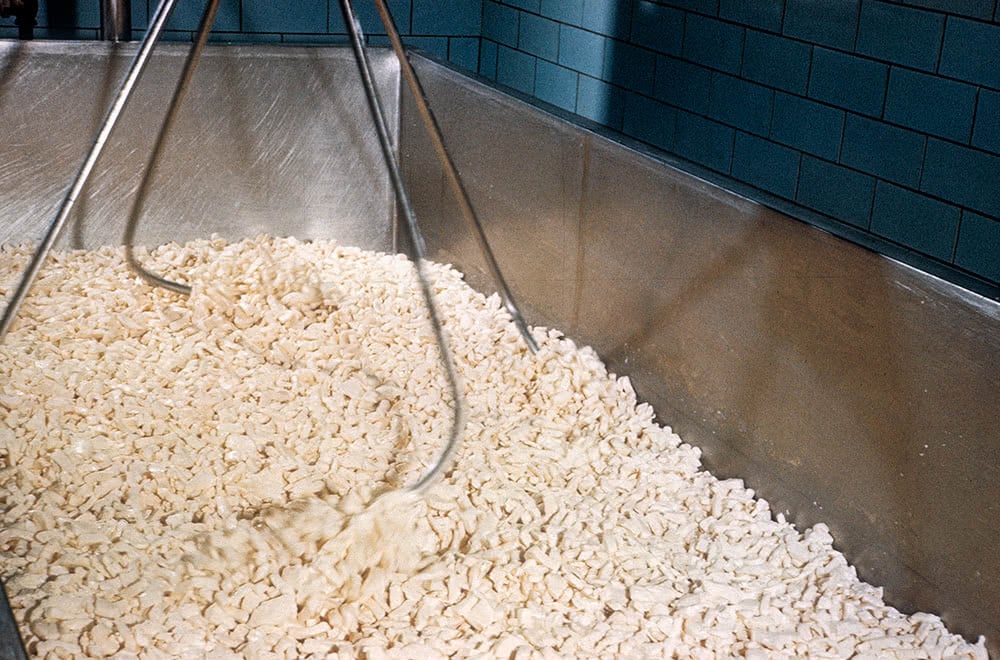 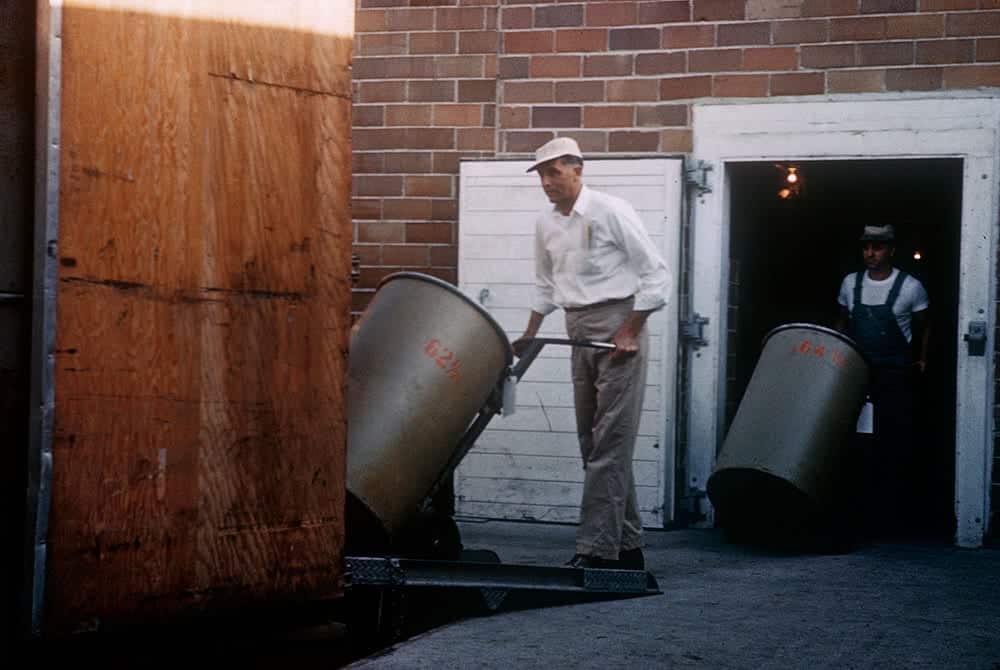 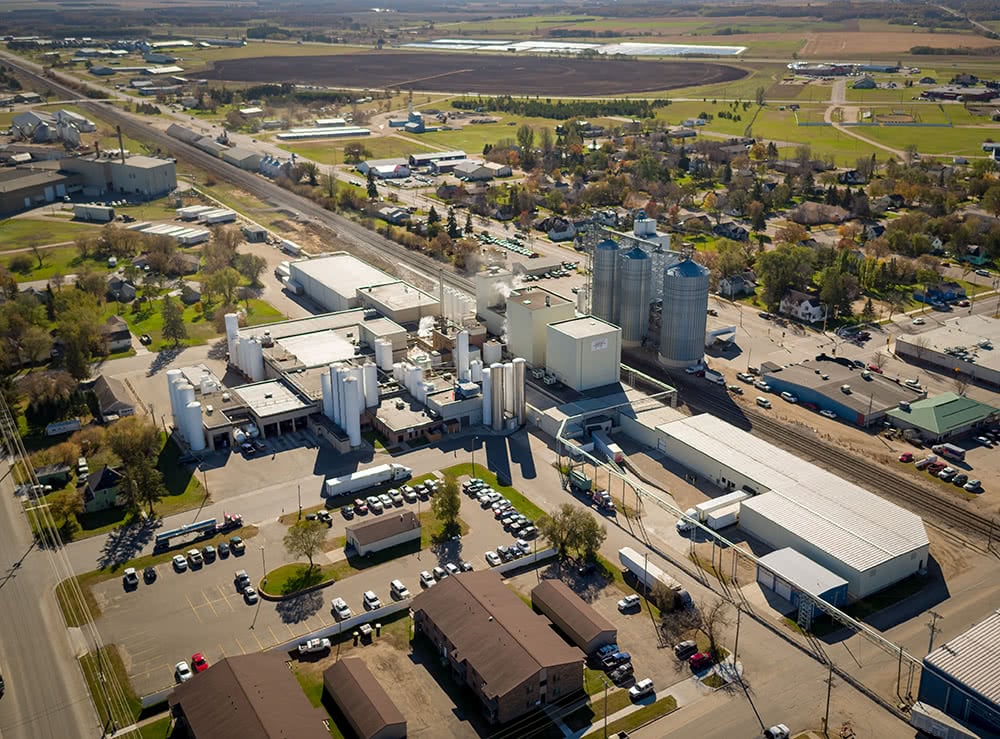 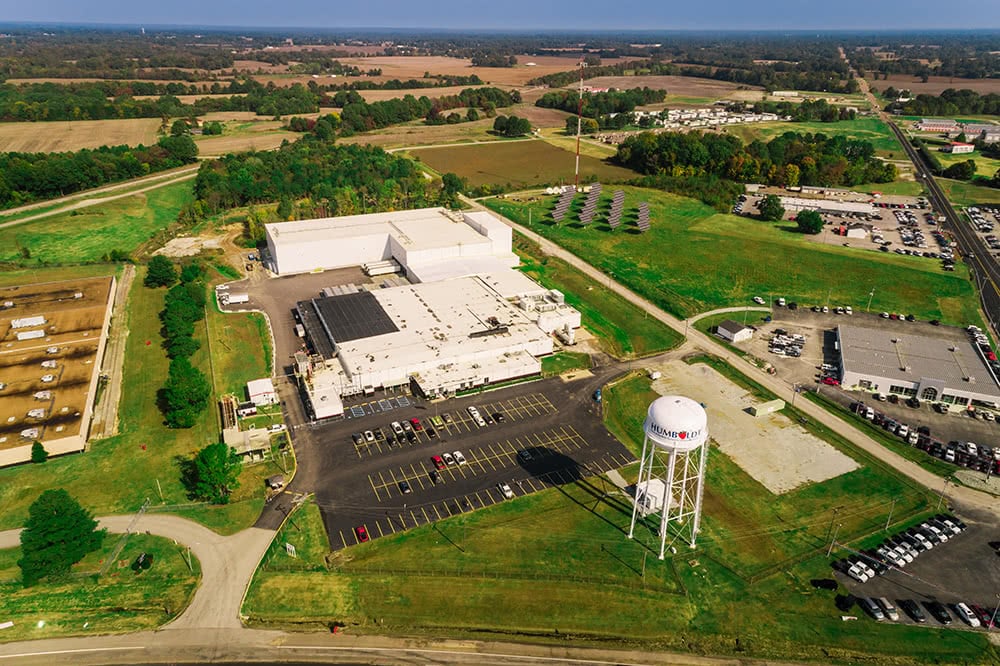 In early October of 1908, the Bongards' town creamery burned to the ground in a fire. In response, local farmers gathered at the grain elevator on October 28th to discuss forming a new farmer-owned co-op creamery. Ninety farmers signed up to become the company's first shareholders, purchasing land for the future site at $233 a share.

Construction of the new creamery began in November 1908 and was completed in February, 1909. When creamery operations began, the first shipment of Bongards' butter and cream was sent to a customer in New York.

Electricity was added to the Bongards plant in February of 1919, making it possible to later purchase their first ice machine in 1938. Until then, patrons were required to haul ice from nearby lakes to the creamery.

Bongards celebrated its first $1 million year, producing over three million pounds of cheese. The company was in a strong financial position, completing the recent expansion without taking on debt.

A new plant was built to produce whey products. Since all of the equipment in the market was patented and used by other companies, Jack Budahn, the plant manager, created all of the machinery himself.

The mid-century brought a period of substantial growth for Bongards that resulted in multiple creamery acquisitions, including the East Union Creamery and the Mayer Co-op Creamery. Bongards continued to grow with the increase in patron farmers and milk intake.

The plant underwent a major expansion that added a whey drying plant and a second story to the cheese-making room, leaving room for future automated systems. The plant was then able to process up to one million pounds of milk a day.

In April, the board approved the construction of new corporate offices across the street from the Bongards plant. At the time, office employees worked in a building next to the plant where the retail store currently stands.

The co-op added its first automated continuous cheese making system to the plant, increasing efficiencies and output. It could convert 1.5 million pounds of milk into 150,000 pounds of cheese and 85,000 pounds of dry whey each day.

On December 18th, an explosion destroyed the cheese-wrapping building, including the warehouse and retail store. The lab and remaining plant buildings were severely damaged. The cause was likely a gas buildup in the basement warehouse.

At their April meeting, the Bongards board approved a new warehouse, laboratory, and retail store as the company continued to recover from the prior year's explosion. Retail store construction began immediately and was finished within the year.

Bongards received its first patent entitled "Cheese Milk Treatment" for a process developed by Jack Budahn to reduce the air in milk before being converted into cheese. This process helped to increase yields, improving production efficiency.

A large cow statue was purchased and placed in front of the corporate offices. Employees lovingly named the cow "Bonnie". She became the company mascot and was even featured in the 1999 movie Drop Dead Gorgeous. She was moved to her current location in 2008.

The construction of the first Bongards' Creameries process cheese plant was completed in 1975, which produced process loaves and slices. Process cheese soon represented the majority of Bongards' sales.

Bongards begins experimenting with flavor infusions, including smoked cheeses and Monterey Jack with bacon. The company now processes up to 1.75 million pounds of milk daily.

Bongards earned the title of "The Largest Cheese Plant in the World Under One Roof", processing two million pounds of milk per day. The co-op was comprised of 1300 Minnesota farmers and had just under 250 employees.

Updated equipment was installed in the plant to increase capacity, including new, state-of-the-art cheese vats made in Sweden. Bongards also purchased larger milk evaporators and whey condensers to match the increased volume.

The company bought a cheese and whey manufacturing facility in Perham, MN that was originally built in 1973. All Bongards milk intake and natural cheese-making was moved to the plant two years later.

Bongards celebrated 100 years of business! The company hosted an open house to commemorate the day, which included a Bongards history display, a buffet, and a live broadcast from the local radio station.

Bongards began processing commodity cheese for the National School Lunch Program. Ever since the early days of the company, Bongards has been a large supplier to the USDA, and the commodity processing program further strengthened that partnership.

Major capital investments in the Perham plant began, involving the replacement of old equipment to improve efficiencies and increase capacity. The plant is now capable of processing up to 4.3 million pounds of milk per day.

The Humboldt plant broke ground for a major expansion, including the addition of a 65 thousand square foot automated refrigerated warehouse. Equipment was also upgraded or added to increase capacity on the process slice and loaf lines.

After more than 110 years of business, Bongards continues to deliver premium cheeses to our customers!